I  joined Frederick Van Johnson as a TWiP guest on his podcast, “This Week In Photo, episode #484” –  along with portrait photographer Joseph Linaschke. 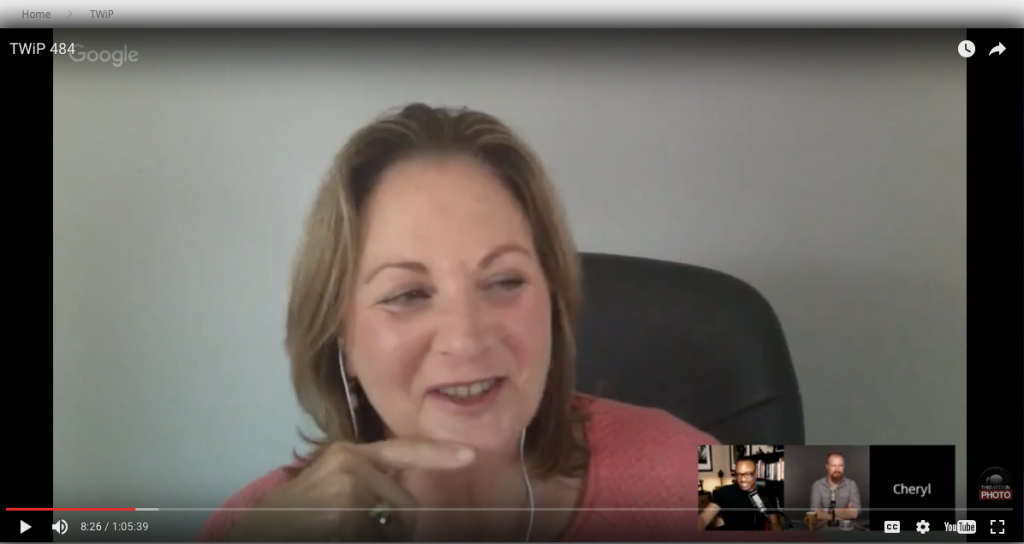 At the end of the podcast I recommended two inspiring books

Patti Smith is a writer, a performer, and visual artist.  Winner of the National Book Award for Just Kids, M Train is a memoir discussing Smith’s photographic muses; the how, where and why of the photographs, as well as other captivating ruminations.

“Some months before our first wedding anniversary Fred told me that if I promised to give him a child he would first take me anywhere in in the world. Without hesitation I chose Saint-Laurent-du-Maroni, a border town in northwest French Guiana, on the North Atlantic coast of South America….
A letter arrived. It was from the director of Casa Azul, home and resting place of Frida Kahlo, requesting I give a talk centering on the artist’s revolutionary life and work. In return I would be granted permission to photograph her belongings, the talismans of her life. Time to travel, to acquiesce to fate. For although I craved solitude, I decided I could not pass on an opportunity to speak in the same garden that I had longed to enter as a young girl. I would enter the house inhabited by Frida and Diego Rivera, and walk through rooms I had only seen in books. I would be back in Mexico.”
~Patti Smith

Sally Mann is one of contemporary’s most renown photographers, having received NEA, NEH, and Guggenheim Grants and her photography is held in major institutions internationally. In this memoir, Sally Mann includes both narrative and images. It is a page-turner!

“These are not my children at all,” she writes. “These are children in a photograph. They represent my children at a fraction of a second on one particular afternoon with infinite variables of light, expression, posture, muscle tension, mood, wind and shade.”
“…the kids were visually sophisticated, involved in setting the scene, in producing the desired effects for the images and in editing them. When I was putting together ‘Immediate Family,’ I gave each child the pictures of themselves and asked them to remove those they didn’t want published.”
~Sally Mann

Professional photographer Cheryl Machat Dorskind is a three-time best-selling author and newspaper columnist, an international mentor, a photo educator and adjunct Full professor, a workshop and online instructor, a speaker, and an acclaimed “New York Times” fine-art photographer and handpainter.

She is a member of the American Society of Media Professionals (ASMP) and Canon Professional Services and profiled on Museo.

Team up with internationally noted fine art mentor Cheryl Machat Dorskind and expand your photographic vision. She is the perfect mentor for the visual artist searching for creative, technical, and marketing direction.